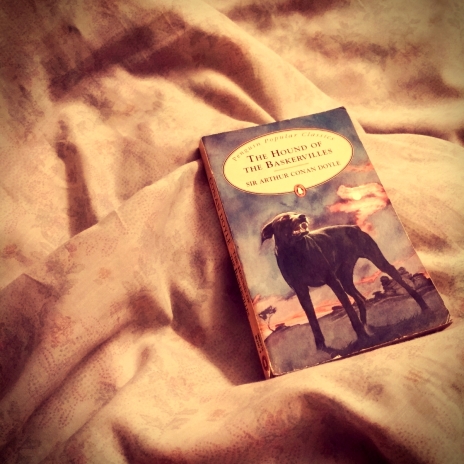 I recently listened to a podcast by BBC Radio 4 called ‘Literary Landscapes: Ross Raisin and Yorkshire’. The episode was billed as “a ramble through northern moorland and the works inspired by it”. Of course the literary figures most associated with the Yorkshire moors are the Bronte sisters, who lived in the village of Haworth. The moorland above the Bronte Parsonage is said to be the setting for Wuthering Heights. But the first time I encountered the moors was when I was 10 years old and I was reading my first unabridged novel – The Hound of the Baskervilles by Arthur Conan Doyle.

Doyle describes the moor as dark and treacherous, while strange noises echo across. The novel has two different settings – moors and London. The two settings of the novel represent completely different world views: one that allows the supernatural and another that emphasizes rationality and science.

Have you read The Hound of Baskervilles?

Welcome to my blog!

Hello there! Thank you for stumbling onto my blog! I am Ankita, a thirty-something economist who is struggling to be financially fit! Aside from reading, I also love journaling, dancing, and cold coffee. Thanks for dropping by & happy reading! Don't forget to follow/subscribe.♥