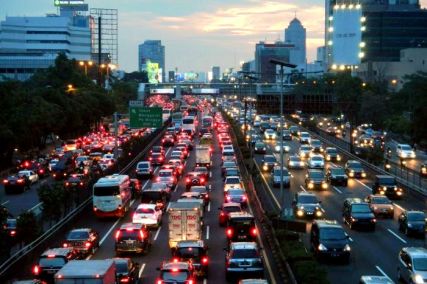 The traffic in the Indonesian capital is epic. Traffic jams are an everyday cross to be borne by commuters. But what really amazes an Indian is just how patiently this cross is borne. Jakarta’s traffic snarls are accompanied by the eeriest of silences. There is no tooting of horns. No acts of random violence. Instead of abusing in frustration, as is the norm in New Delhi, taxi drivers in Jakarta smile apologetically at the passenger and shrug their shoulders with a gentle one-word explanation, “machet”: traffic. All the rage in “road rage” seems to have been consumed by India, leaving Indonesia’s streets aurally peaceful, if perennially blocked.

Welcome to my blog!

Hello there! Thank you for stumbling onto my blog! I am Ankita, a thirty-something economist who is struggling to be financially fit! Aside from reading, I also love journaling, dancing, and cold coffee. Thanks for dropping by & happy reading! Don't forget to follow/subscribe.♥